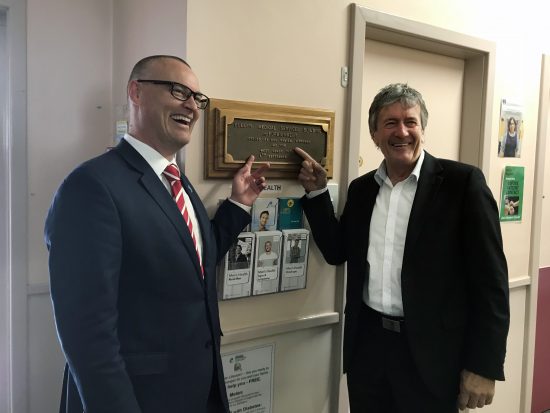 During a visit to Westport today with West Coast Tasman MP Damien O’Connor, David Clark said the latest concept design for the new facility had been accepted, allowing detailed design work to proceed.

“The Government has listened to the public engagement process and the typically direct feedback from Coasters, including input from the clinicians who will work there.

“As a result, I can confirm that the Buller facility will be located on the current hospital site, and that we’ll be increasing the scope of the project to allow for the inclusion of the locally provided Adult Dental Service as well as two additional medical beds.”

“Today we have reason to celebrate because a fit-for-purpose Buller health facility will be delivered as promised by the Coalition Government.

“I want to thank Dr Clark for listening to feedback and boosting the number of medical beds beyond the initial plan.

“Many people should be proud of their efforts to get a better deal for Buller residents after the previous Government’s determination to penny pinch and entirely ignore the community’s wishes.

“The new facility will be one that the community can be proud of and I’ll be keen to see construction get under way as soon as possible,” Damien O’Connor said.

David Clark said project budget is being set at $20 million, to be funded by the Crown, and continues a series of significant Coalition Government investments in hospital infrastructures.

“In recent weeks, we’ve announced major investments in hospitals from Northland to Auckland to Wellington, and today the West Coast.  All New Zealanders deserve access to services which will lead to better health outcomes,’’ said David Clark.

The Government’s major investments in hospitals and health facilities so far this year:

Back to Health News